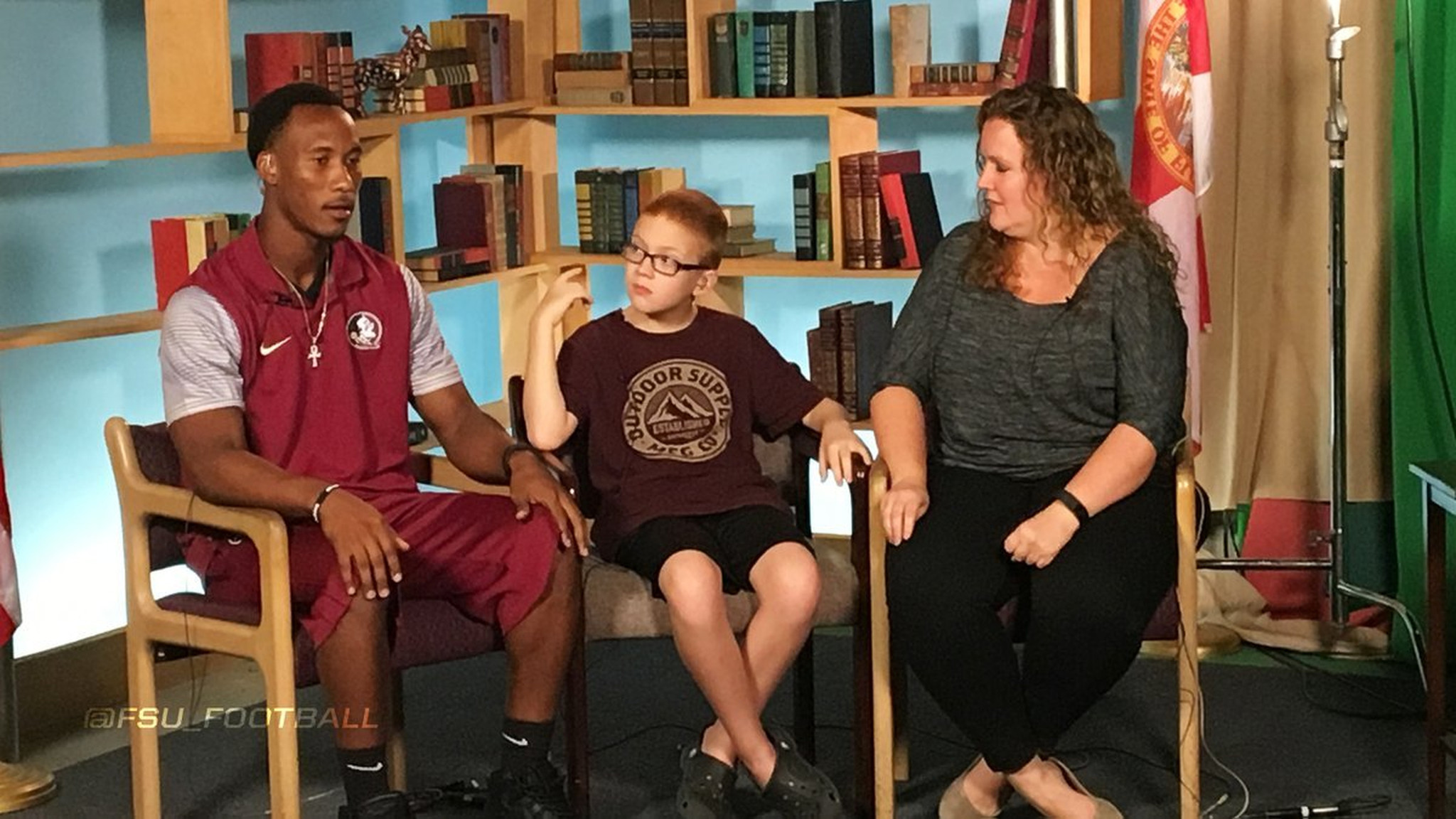 Travis Rudolph was just being himself Tuesday when he and teammates visited a local middle school.  He sat with the kid who was sitting alone.  The kid who is autistic.  Travis Rudolph’s conversation with Bo Paske is now a national story and Bo now has friends to sit with during lunch.

The mother of an autistic child said she was moved to tears when a visiting American Football star joined her son, who was eating alone at school.

Travis Rudolph, a wide receiver for Florida State, was visiting a school in Tallahassee on Tuesday when he saw Bo Paske sitting by himself.

She said that since that day her son had had no problem finding people to have lunch with him.

“We just had a great conversation. He started off, telling me his name was Bo, telling me how much he loves Florida State. We went from there,” said the West Palm Beach, Florida, native, now beginning his junior season.

“I just wanted to go say hi to the kid, because I saw him eating alone. I didn’t even know anybody took a photo of it,” he said. “I’m glad it can bring awareness to helping others.” read more at bbc.com

Paske, a Tallahassee Montford Middle School student, and Rudolph, a Florida State wide receiver, made appearances on “CBS This Morning” and “Fox and Friends” on Thursday after meeting for the first time Tuesday.

“It was kinda like me sitting on a rainbow… Me sitting with Travis and all my friends,” Paske said during a segment on Fox News.

Rudolph, FSU’s leading receiver entering his junior season with the team, said he did not think his gesture would have ballooned into a national story. He was simply trying to make a difference to just one person. read more at orlandosentinel.com

It’s great that Florida State sets up opportunities for their sport stars like Travis Rudolph to connect with their community.