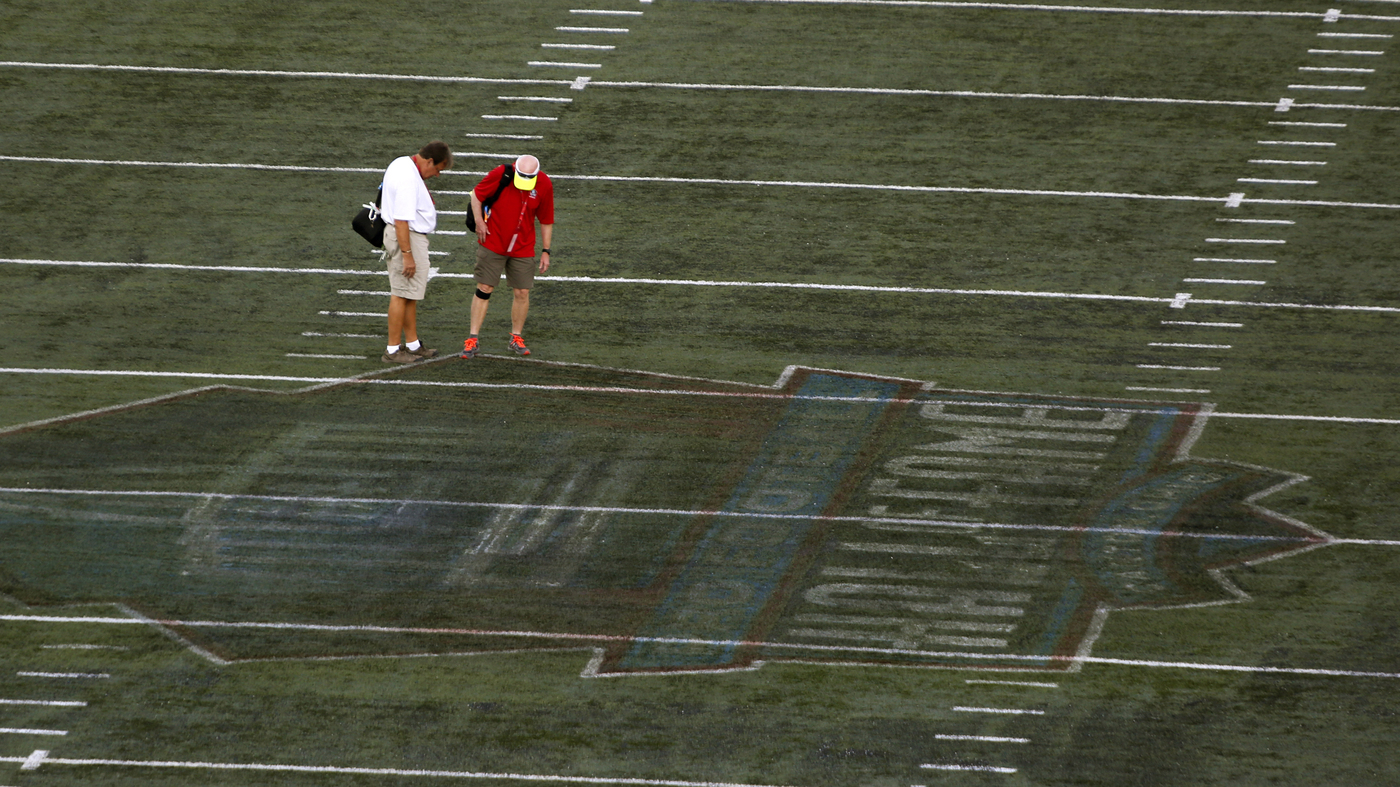 To play or not to play on an unsafe field.  That was the question Sunday night.  Risk disappointing fans or risk injuring players?  Some feel the decision to cancel will reflect poorly on the NFL.  The decision to protect players and return proceeds from ticket sales will definitely show the NFL in a new light.

The Pro Football Hall of Fame game between the Green Bay Packers and Indianapolis Colts was cancelled on Sunday evening because of unsafe field conditions.

The surface of Tom Benson Field, named after the New Orleans Saints owner, was extremely hard (“like concrete,” per an ESPN report) because the paint applied to the ground had gummed up into a tar-like surface. ESPN’s Lisa Salters reported that that wrong paint was used on the surface before the game. Full article…

The field crew tried their hardest to remedy the unsafe conditions so the game could go on.

Baker noted that the field was new and had been approved when inspected after its first installation. But paint congealed at midfield and in the end zone, hardening those areas. Workers used a variety of equipment to smooth the artificial surface. Rubber pellets used in the turf came loose and were scattered in several spots and needed to be removed, as well.

“We thought we would be able to remediate it by delaying the game for as much as an hour,” Baker added. “But in the end, if it’s remotely close to unsafe, we conferred with the league, we think the best thing to do is respect the safety of the players. It’s the only thing to do. read more at npr.org